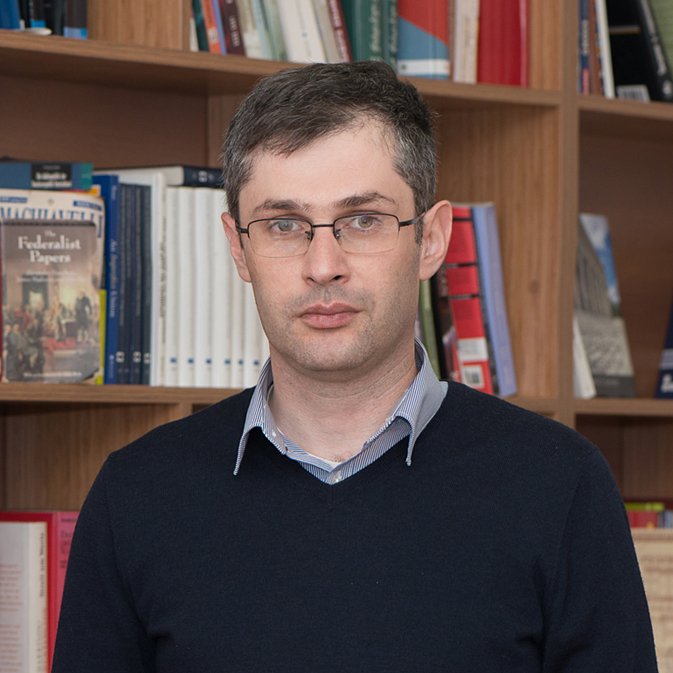 David Aprasidze is a Team Leader of the EU-funded Project Civil Society Sustainability Initiative in Georgia (implemented by Konrad-Adenauer-Foundation (KAS)). He is also professor of political sciences at Ilia State University (ISU), Tbilisi, Georgia. At various times he was vice-rectos, head of administration and dean at ISU. 2008-2009 he chaired the Caucasus Institute for Peace, Democracy and Development (CIPDD). 2004-2006 he was regional project coordination of the KAS in the South Caucasus. He has experience working for public institutions, including Georgian Public Broadcaster and Ministries of Interior and Foreign Affairs. Dr. Aprasidze studied International Relations at Tbilisi State University and received PhD in political science from Hamburg University, Germany. In 2009 he was a Fulbright scholar at Duke University, North Carolina. His fields of research include post-soviet transformation, foreign policy decision making, and Georgia's political institutions.