CAMPAIGN “I AM NO SAKHAROV, BUT…”

The “I am no Sakharov, but…” (in Lithuanian: Aš ne Sacharovas, bet...) campaign is a civic poster campaign which aims to promote freedom of expression, civil and human rights, equality and inclusivity in Lithuania. It is based on the example of Nobel Peace Prize laureate Andrei Sakharov, who was a firm believer and defender of human rights in the Soviet Union and beyond. Even in a repressive environment, he took his social responsibility and spoke out with regard to the issues he believed in, and took the consequences of his actions.

The "I am no Sakharov, but..." campaign is centered around posters with the sentence "Aš ne Sacharovas, bet...", which is completed by selected individuals who express their commitment to issues for which they stand, e.g. “…I stand for my opinions”, “…I defend human rights”, “…I am against homophobia”, etc. The posters are disseminated in public places, thus triggering viewers to contemplate on issues they believe in. Also, the slogan will be used during so-called “young change maker events”, when groups of young people are stimulated to discuss pressing issues in Lithuanian society. They will be given the opportunity to finish their own “poster” and put it in social media. Public figures with broad outreach will also be asked to participate in the campaign by finishing the sentence and becoming the faces of the campaign for further visibility of the project. Their involvement will stimulate others to participate and also express their views on key issues.

After over 30 years of reinstated independence, the younger generation of Lithuania can sometimes take their rights and freedoms for granted, which changes their understanding of the present situation and its likely impact on the future. The examples of the deteriorating political situation in some of the other countries in Central and eastern Europe show that fundamental human rights can be easily stripped away or be otherwise abused, therefore, the youth of Lithuania could benefit from the reminder to always be active in defending their rights and freedoms, expressing their beliefs, and pursuing justice.

As the then President of the European Parliament, the late David Sassoli, wrote in his foreword to the Guidebook for the Sakharov exhibition in Vilnius in May 2021: “The story of Andrei Sakharov’s struggle for freedom continues to humble and inspire us today. In 1968, in a famous essay […] Andrei Sakharov courageously expressed the view that intellectual freedom is essential. In the following decades, he dedicated his life to defending the right to freedom of thought. Co-inventor of the Soviet hydrogen bomb, he called into question the consequences of the nuclear arms race, which he came to consider as a form of global suicide. Faced with the repressive and brutal Soviet regime, Andrei Sakharov had the courage to take a stand against it. Officially persecuted for years in the Soviet Union and forced into exile, he had the strength to continue the peaceful struggle for the advancement of human rights and individual freedoms.

Andrei Sakharov was one of the driving forces of the dissident movements fighting for individual freedoms and democracy in the Soviet Union and in the Eastern European countries. His firm attachment to the importance of freedom of thought for a society, as well as his courageous acts have shaped the history of our continent, contributing to its pacification and making Europe’s reunification possible.

Today, in a world where authoritarian regimes and populist forces undermine the fundamental freedoms and question the principle of human rights, the moral symbol represented by Andrei Sakharov constitutes a source of inspiration for all those that fight for democratic principles.”

Our campaign focuses on using the example of Andrei Sakharov to urge people not to remain silent, to speak out and believe the cause they believe in. Only if people take their social responsibility and do not look the other way the freedom that Lithuania recovered at a high price can be retained and defended.

People like Sakharov live also today, often undetected, following their “internal voice” with the full understanding that the consequences could be serious. That they take action does not mean they don’t feel fear. Rather, fear does not deter them, and is considered a normal human reaction and not a reason to go against one’s own beliefs. There are heroes all around us, and not only in politics. Activists fight for the environment, architects against the destruction of old historical buildings or against the development of pompous constructions that deform their city. We can find these people in every sphere of life, and most will never be recognized. That is not important; the most important is that they followed their conscience and believes and refused to succumb to pressure exerted on them from outside. We all can be “heroes”, in our own way. 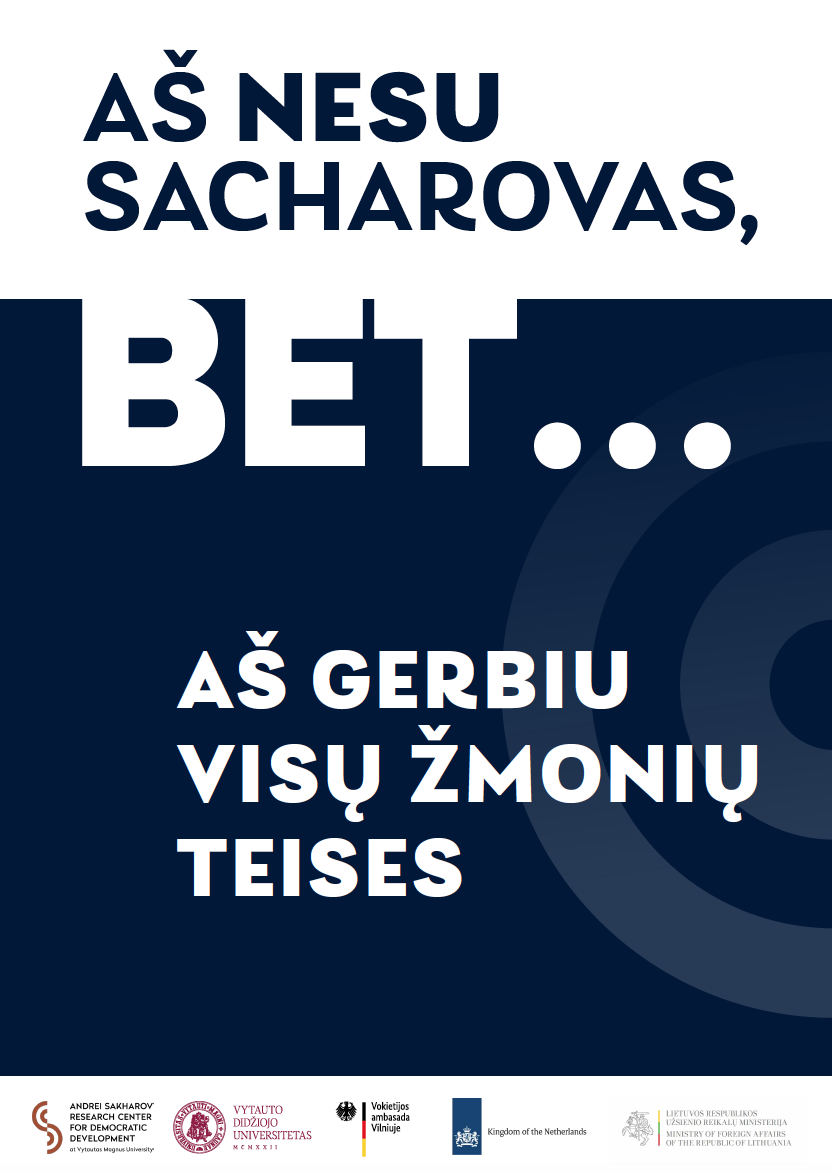 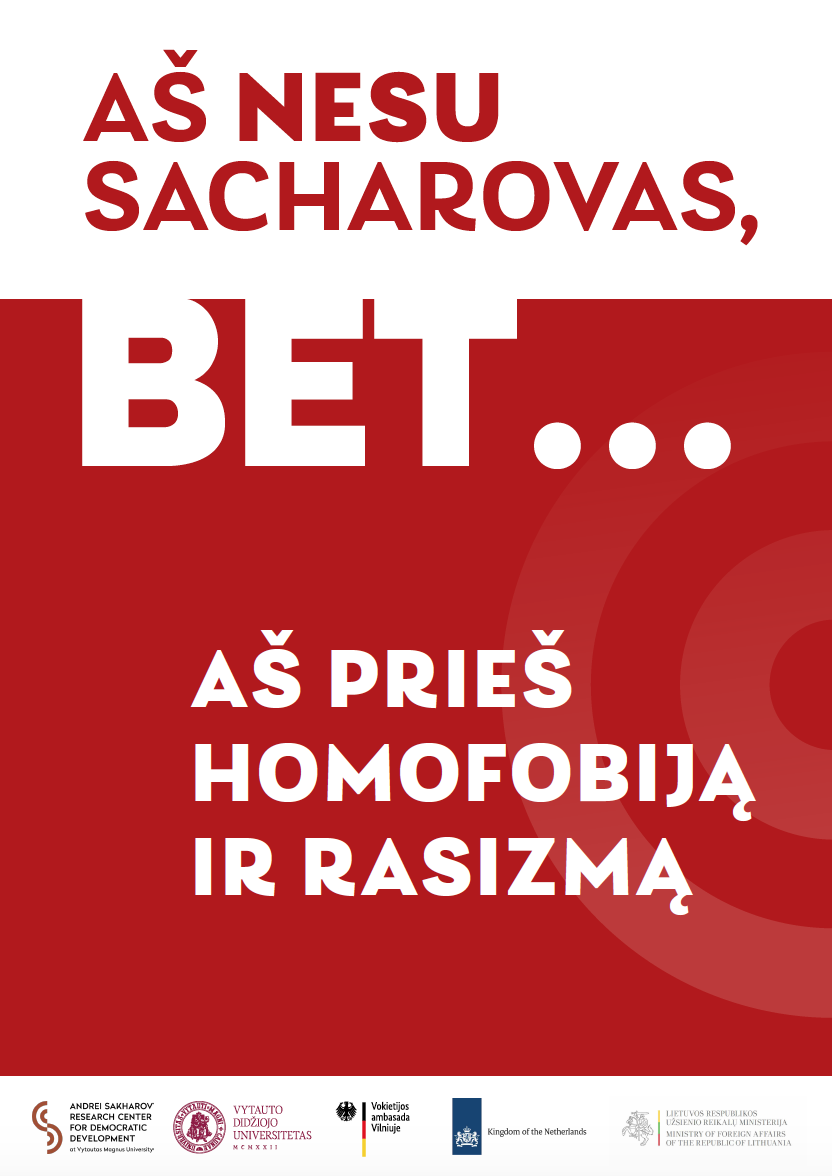 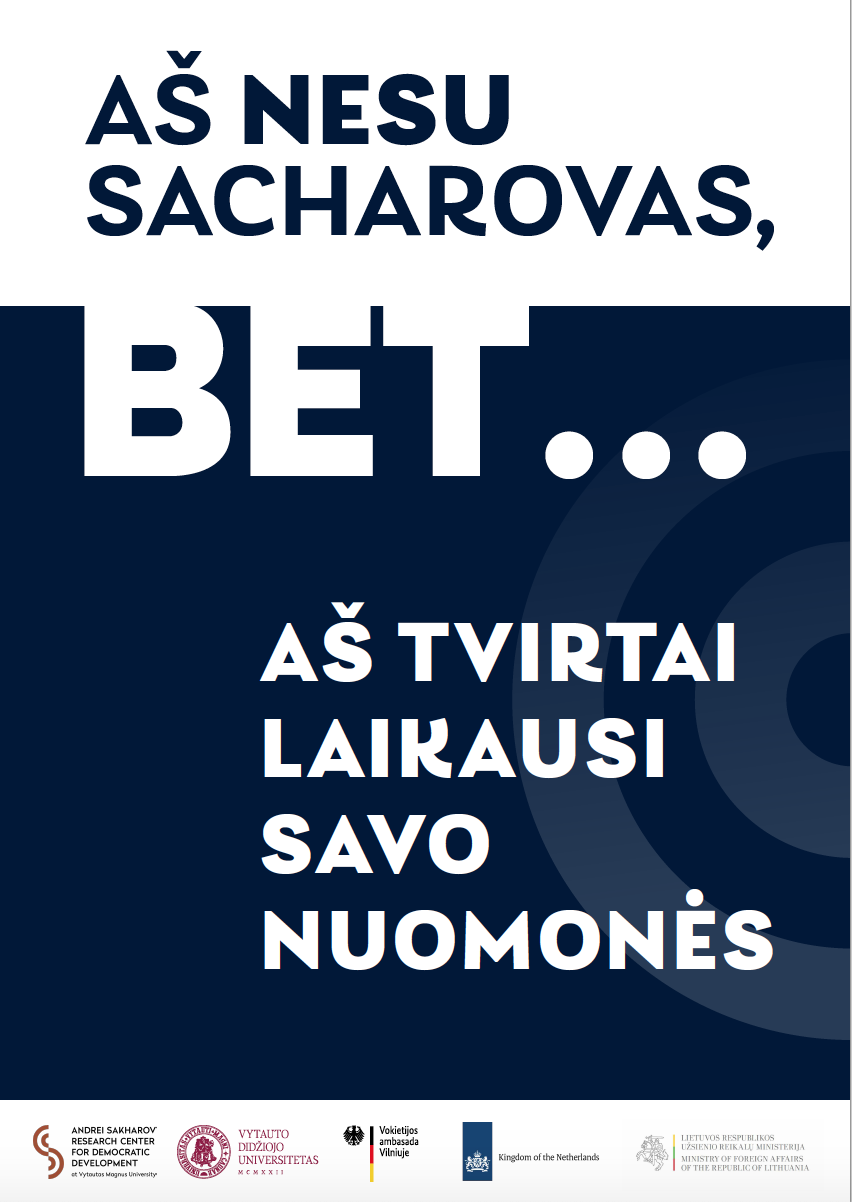