The Legacy of Soviet Psychiatry

One of the most notorious methods of dealing with human rights activists, religious activists and political dissidents in the Soviet Union was the use of psychiatry as a means of repression. According to the records of the Global Initiative on Psychiatry, founded in 1980 to combat the political abuse of psychiatry, approximately one-third of all political prisoners wound up in psychiatric hospitals, often for many years of forced treatment with neuroleptics. They were also subjected to other forms of torture and inhuman and degrading treatment. KGB documents, however, indicate that the number of victims might be even higher.

Yet the political abuse was only one of the problems facing Soviet psychiatry. Life for persons with mental illness was not much better. Services were almost exclusively institutional and biologically oriented, people were ostracized from society and subjected to outdated and sometimes outlandish treatments, e,g, with insulin shock therapy and sulphozine. In total ten million Soviet citizens were kept on the psychiatric register, while hundreds of thousands of persons were locked up for life in “psychoneurological internats”, euphemistically called social care homes.

Much has changed since 1988, but also much has remained the same. Mental health care in almost all of the countries in the region is still institution-based with very few community mental health care services available. Training of personnel is still not up to international standards, case-management and multi-disciplinary teamwork mostly absent. The system of social care homes is still almost intact, with staggering numbers of people locked up for the rest of their lives. Living conditions are in most places squalid, treatment is often outdated and abusive practices are reported on a very regular basis. Reports by Ombudsmen for Human Rights, or international control bodies such as CPT or OPCAT, are full of instances of inhuman or degrading treatment, sometimes mounting to torture.

And worst of all, the political abuse of psychiatry is again an issue. There are increasing numbers of reports on political opponents who are silenced through incarceration in a psychiatric hospital, or threatened with such measures. In May 2017, the Federation Global Initiative on Psychiatry published a report on political abuse of psychiatry in the period 2012-2017, which showed a rapid increase, especially in Russia, with at least half of the cases in occupied Crimea.

The September 21, 2018, conference will discuss the above-mentioned issues and aim to provide pathways how the current situation with continued human rights abuses can be amended, and barriers can be created against the use of psychiatry for political purposes. 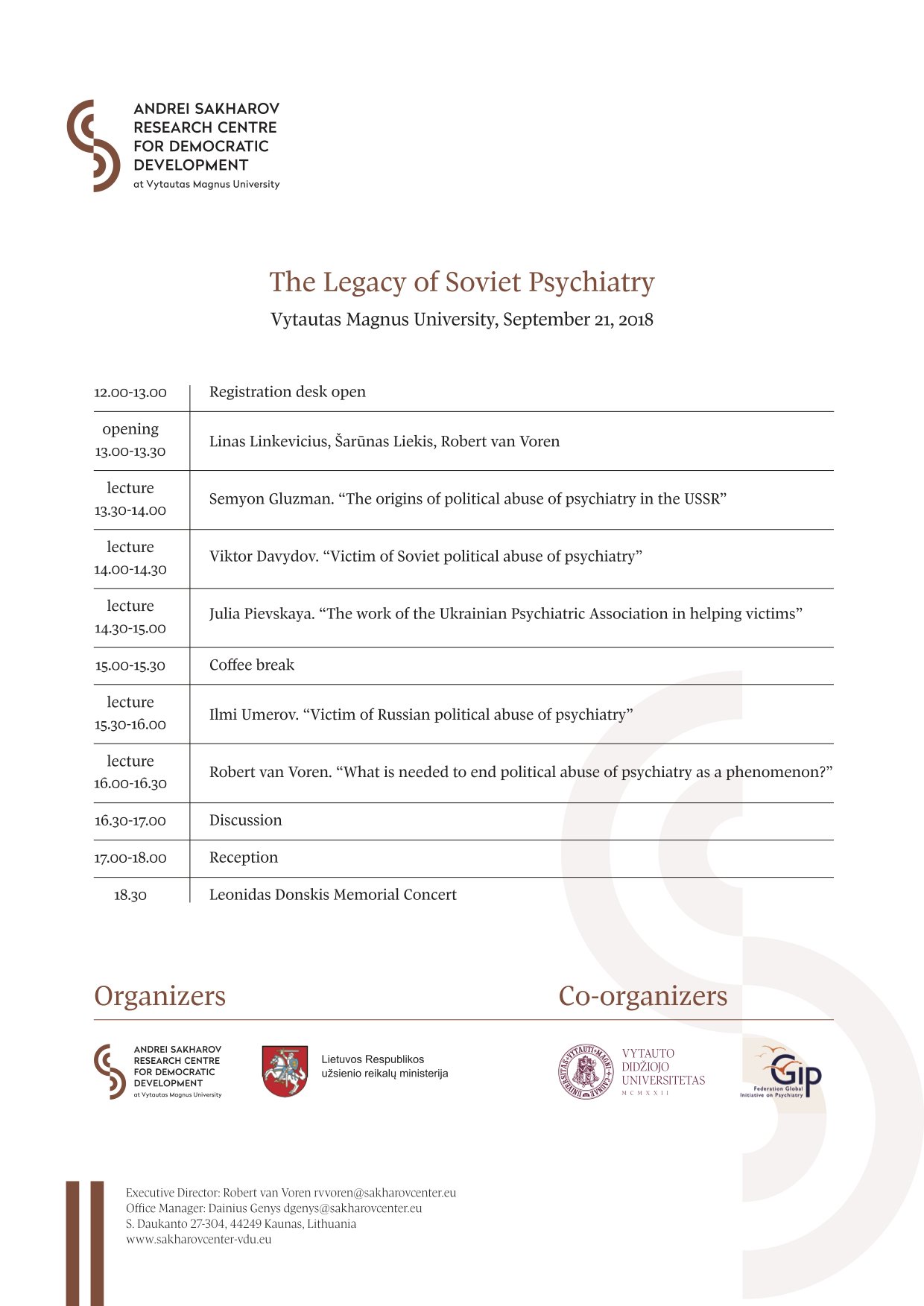