In 1993 Nikolay organized the first ecological organization in the “closed” town of Snezhinsk, Chelyabinsk region, and tried to draw public attention to the radioactive contamination of the area. This was the reason for his arrest on trumped-up charges and 6 months in custody in a pre-trial detention centre. After his release, he carried on with his civic activities. He was behind the first human rights NGOs in the Chelyabinsk region, published a newspaper, investigated contaminated areas and defended human rights violated by the  authorities. Currently he is the head of 4 NGOs, which he set up together with his wife, Tatiana Shchur. He has written several books and manuals on defending human rights. Between 2010 and 2016 he was a member of the Public Monitoring Commission.  He is a member of the Panel of Experts of the Association of independent observers of Russian prisons and the police..

Nikolay Shchur’s book, published in 2017, is called “FSIN Empire” (FSIN is the Federal Service for the Implementation of Punishments), with the subtitle “A Short Guide to Russian Prisons”. In 1994, when Nikolay was chairman of the Snezhinsk Ecological Foundation, he was  arrested and held in a pre-trial detention centre for six months on trumped--up charges for trying to draw attention to the pollution caused by the military near Chelyabinsk.  Since then he and his wife, Tatyana, in addition to their activities as ecologists, have become experts on Russian prisons – they both became members of Public Monitoring Commissions (ОNK) as soon as they were fNikolay Shchur received “Time” magazine's “Hero” award for 2005. In 2013 he won the national “Civic initiative” awardformed in Russia, so they really know the Russian Penal Service inside out.

Tatyana Shchur
In 1994, after the arrest of her husband, who was prosecuted for his civic activities, she started a campaign for his release. In 1996 she became the Head of the first human rights NGO in the “closed” town of Snezhinsk. Since 2004, she’s been heading the “Women of Eurasia” NGO; she is also involved in protecting the rights of orphans. Between 2010 and 2016 she was a member of the Public Monitoring Commission in Chelyabinsk.  Tatyana is a member of the Panel of Experts of the Association of independent observers of Russian prisons and the police. Tatyana Shchur received “Time” magazine's “Hero” award for 2005. In 2013 she won the national “Civic initiative” award. 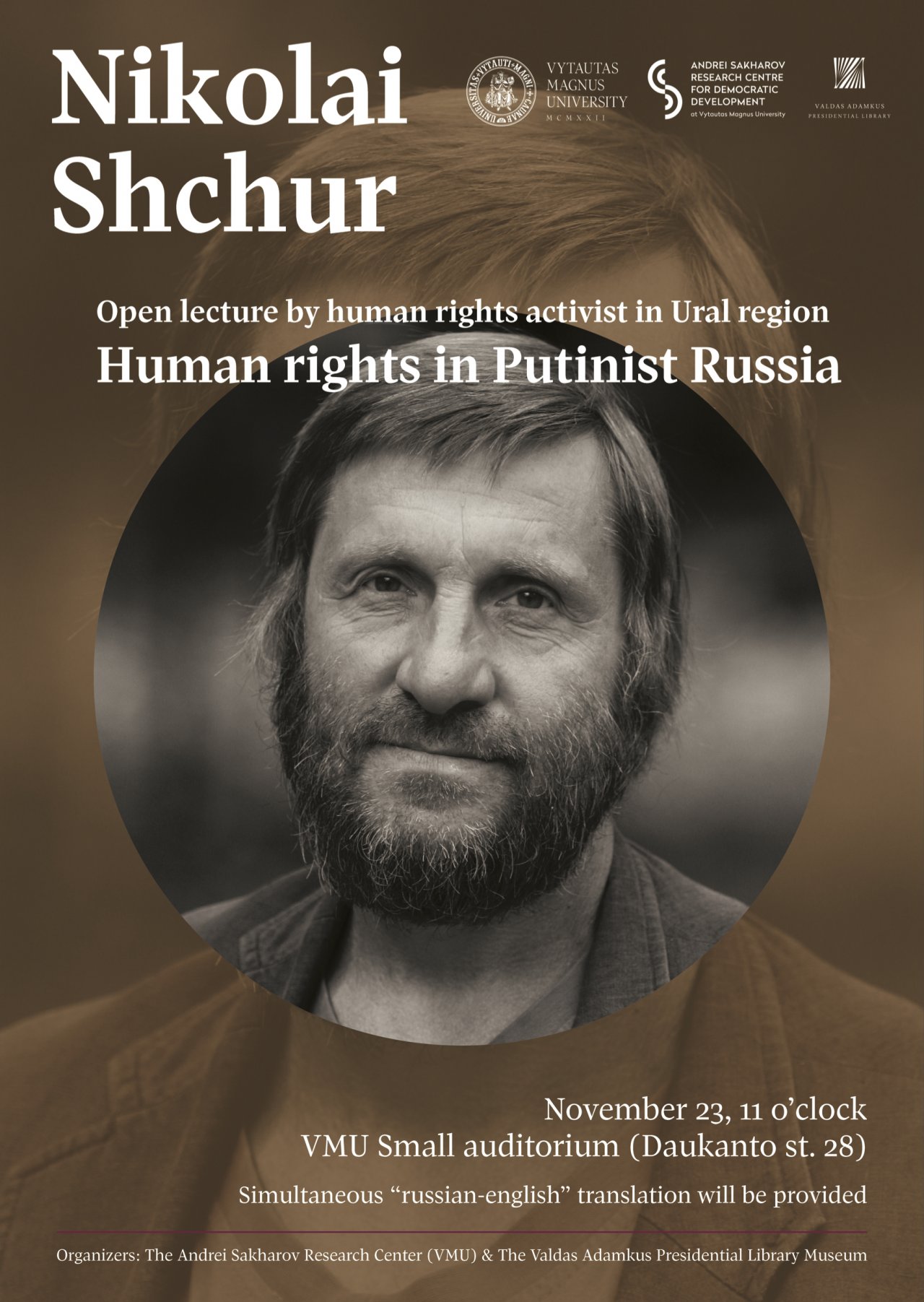