On May 29, 2018, the Andrei Sakharov Research Centre for Democratic Development will organize a public lecture and debate on “Russia after Putin’s election” addressing the questions where Russia is going to? What can we expect both with regards to security in the region and the effect on global politics? And what about human rights – will we see any improvement or a continued downward spiral?

Main speaker is Andrei A. Kovalev, son of a former Deputy Minister of Foreign Affairs of the Soviet Union and himself actively involved in the human rights negotiations between the Soviet Union and the United States in the years 1988-1991. Later he continued to work at the Foreign Ministry under Yeltsin but when Putin came to power he could not take the responsibility and sought refuge in Belgium, where he and his family obtained political asylum.

Respondent to Andrei Kovalev will be Robert Brinkleyfrom the United Kingdom. Robert Brinkley chairs the steering committee of the Chatham House Ukraine Forum. Until 2011 Robert Brinkley was a British diplomat for 34 years. He served as High Commissioner to Pakistan (2006 –2009), Ambassador to Ukraine (2002 – 2006) and as head of the UK’s worldwide visa operation (2000 – 2002).  He had previously had two postings in Moscow (both in Russia and in the Soviet Union), as well as positions in Bonn, Geneva and the Foreign and Commonwealth Office in London.

Elite-level Soviet politics, privileged access to state secrets, knowledge about machinations inside the Kremlin—such is the environment in which Andrei A. Kovalev lived and worked. In this memoir of his time as a successful diplomat serving in various key capacities and as a member of Mikhail Gorbachev’s staff, Kovalev reveals hard truths about his country as only a perceptive witness can do. In Russia’s Dead End Kovalev shares his intimate knowledge of political activities behind the scenes at the Ministry of Foreign Affairs and the Kremlin before and after the dissolution of the USSR in December 1991, including the Russia of Vladimir Putin.

"Russia's Dead End should be required reading for all American students interested in joining an intelligence service or a foreign-policy agency."—Foreword Reviews

"Andrei A. Kovalev has an insider’s understanding of the Russian state and society. . . . Russia’s Dead End is brilliantly written."—Washington Book Review

"A refreshing report from an insider."—Kirkus

"Russia's Dead End will make interesting reading for anyone seeking additional insights into that nation and its recent history. . . . A fascinating read."—Robert Fantina, New York Journal of Books

“Andrei Kovalev has drawn on his remarkable career at the highest level of Russian politics from Gorbachev to Putin to give a picture of both successes and disappointments. This is a book written from the heart by a diplomat of acute intelligence. Kovalev rode the steed of Russian public affairs till his conscience told him to dismount, and this exceptional book explains his reasons.”—Robert Service, emeritus professor of Russian history at St. Antony’s College, Oxford University, and senior fellow of the Hoover Institution at Stanford University
(Robert Service 2016-09-09)

“Andrei Kovalev loves Russia, a different Russia, an open and democratic one, where human rights are respected. His book is a must-read for those who want to understand the most recent history of Russia and who share his love and indignation over how the efforts to democratize his country were ruined by a small yet powerful corrupt clique.”—Robert van Voren, professor of Soviet and post-Soviet studies, Vytautas Magnus University in Kaunas, Lithuania
(Robert van Voren 2016-09-23) 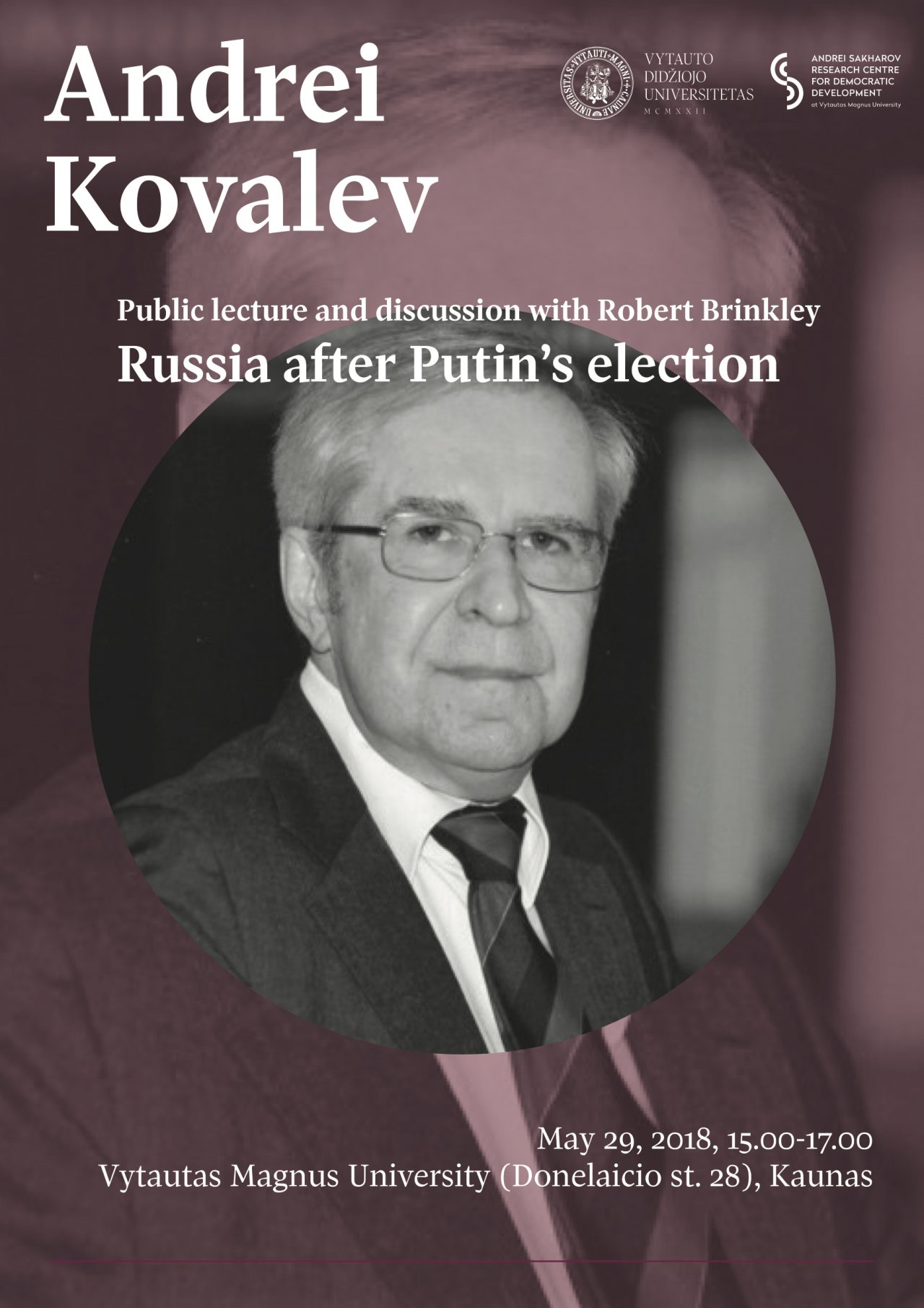