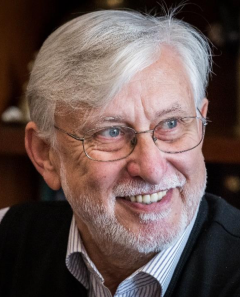 Vladimir Jarmolenko –Ambassador, a signatory of the Declaration of the Restoration of Independence of Lithuania on 11 March 1990, Member of the State Negotiations delegations (1990 -92), Dr. (natural Science).

Biography. Graduated from the Kaunas Medical Institute, biophysicist (1970). He started scientific carrier as laboratory assistant and finished on the position of head of the laboratory. Since1980 he is Dr. (PhD) in Biology.

Diplomatic carrier. From 1999 he starts, as Charge d’Affairs in Embassy of the Republic of Lithuania to the Kingdom of Belgium, to the Kingdom of Netherlands and to the Grand Duchy of Luxembourg. Then from 2002 he was Minister Counselor in Embassy to the Republic of Greece. Since November 2005 he was served in Romania (Bucharest) and since 2008 up to the end of 2013 – Ambassador Extraordinary and Plenipotentiary in Romania.