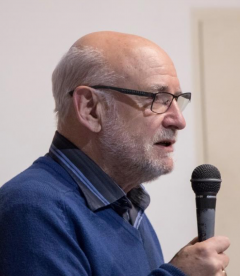 Viacheslav (Slava) Bakhmin is an expert in philanthropy and civil society development in Russia, since 2004 he is a consultant for C.S.Mott Foundation. In 1977-1980 he helped to create and coordinate activities of Working Commission on the investigation of the use of psychiatry for political purposes in the USSR. In 1969-1970 and 1980-1984 he was a political prisoner. In 1991-1995 he served as a Head of the International Humanitarian and Cultural Cooperation Directorate of the Ministry for Foreign Affairs. Being Executive Director of Open Society Institute (Soros Foundation) in Russia between 1995 and 2003 he was in charge of number of program areas and managed regional network of program coordinators representing OSI in 33 Russian regions. He also worked as a manager of Swiss Human Right program in 2004-2006 and as a consultant for Ford Foundation in 2008-2009. He is chair of Sakharov Center, co-chair of the Moscow Helsinki Group. Author of more than 40 publications, including articles and interviews, as well as two books: “About foundations in Russia” and “Design and conduct of grant competition”.