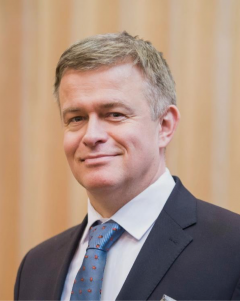 Šarunas Liekis is a Professor and Dean of the Political Science and Diplomacy Faculty at Vytautas Magnus University. Prof. Liekis is also a President of Advisory Board of Vilnius Institute for Policy Analysis.

Previously he had appointment as Professor, Department of Politics, Mykolas Romeris University . Earlier he was Miles Lerman Research Fellow at the USHMM (2001- 2002); Director of Programs at the Open Society Fund Lithuania (1997-2001) Research and Teaching Assistant at Brandeis University (1993-1997).

Expert for the Lithuanian Government Department for Minorities (from 2003); Country Expert and Member of Bureau for the ECRI at the Council of Europe (from 2013); Country Deputy Expert for the EUMC in Vienna, Austria (from 2003 to 2008). Prof. Liekis is author and co- author of five books and more than 60 academic articles.