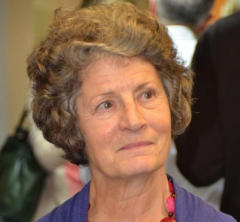 From 1970 to 2006 Janet was a Research Analyst in the British Foreign and Commonwealth Office specialising in Central and Eastern Europe, the Western Balkans and Central Asia, and served in Romania, Bulgaria, the USSR (and Russia), Tajikistan and Ukraine.
Since the 1990s she has participated in twelve OSCE/ODIHR election observation missions in Eastern Europe and Central Asia. She is a regular participant in think-tank round-tables on the region; and trustee of a small UK charity supporting health and social welfare capacity-building in the region.