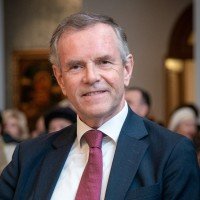 H.E. Ole T. Horpestad is Norway’s Ambassador to Lithuania since September 2020. He is also accredited as Ambassador to Belarus, with residence in Vilnius. Before moving to Vilnius, he served in Kyiv as Ambassador to Ukraine (2016 – 2020). Horpestad joined the Norwegian Foreign Service in 1988, and has also been posted in Warsaw, Paris and Moscow. He has held various positions in the Ministry of Foreign Affairs, mainly focusing on security policy, relations with Russia and Eastern Europe, and Norway’s Arctic policy. Ambassador Horpestad holds a Master Degree of Philology, specializing in Russian language. Before joining the foreign service, he worked as an interpreter for the Norwegian Governor in Svalbard, and later for the Border Commissioner on the Norwegian – Soviet border.