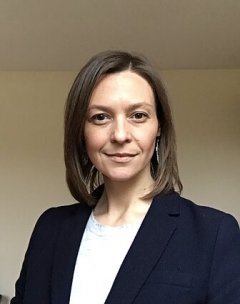 Emilija Pundziūtė-Gallois obtained her PhD in political science and international relations at Sciences Po in Paris, and is currently a research fellow at Vytautas Magnus University in Kaunas, and an associated doctor at the Centre de Recherches Internationales (CERI) at Sciences Po Paris, as well as Centre d‘Etudes et de Recherches de Sciences Administratives et Politiques (CERSA) at Paris Panthéon-Assas. She is an author of “Diplomacy of Arrogance: Russia in the Baltic States” (in French, Paris: L’Harmattan, 2015), and a number of publications on the topics of diplomacy, sociology of international relations, the Baltic States and Russia. Former diplomat at the Lithuanian diplomatic service, Pundziūtė-Gallois is an expert in international relations, international political sociology, foreign policy analysis, and diplomacy. Her current research focuses on Russian diplomatic action around the conflicts in the common European neighborhood, and the problems of the European security architecture. She also teaches diplomacy and international relations at Sciences Po Paris, and Paris Panthéon-Assas.