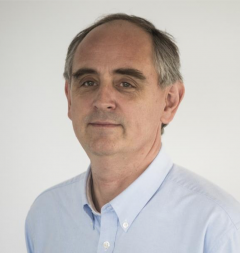 Edward Lucas is an expert in energy, intelligence and cyber-security issues. He covered Central and Eastern Europe for more than 20 years, witnessing the final years of the last Cold War, the fall of the Iron Curtain and the collapse of the Soviet empire, Boris Yeltsin’s downfall and Vladimir Putin’s rise to power. Formerly a senior editor at The Economist, he is also a senior vice-president at the Center for European Policy Analysis (CEPA).

From 1992 to 1994, Lucas was managing editor of The Baltic Independent, a weekly newspaper published in Tallinn. He holds a BSc from the London School of Economics, and studied Polish at the Jagiellonian University, Cracow. He is married to Cristina Odone with three children. “The New Cold War” (2008) was his first book. “Deception”, about east-west espionage, was published in 2011. “The Snowden Operation” was published as an e-book in 2014. His latest book is “Cyberphobia”.